What to do when you want to look bad as hell but need to haul around as many as six other people? You could buy this Dodge Durango R/T. Or strap together four Harley-Davidsons and court litigation. Or buy the Durango and tow the Harleys. Your call.

Yet there are other reasons for recommending this Durango beyond its belligerent, updated-for-2014 styling and voluminous interior, namely its pugnacious Hemi V-8, its easy-to-use and helpful technologies, its friendly ergonomics, and its agile rear-wheel-drive-based chassis. That last attribute was a major factor in the Durango’s handy first-place finish in its last comparison-test appearance.

Indeed, in a segment full of minivans dressed up like off-roaders, the three-row Dodge feels different. No, not like an off-roader—although with bones shared with the Jeep Grand Cherokee it could surely hold its own—but rather like the sporty cars we prefer to drive. An extremely stiff structure means that the suspension can focus on corralling its high-riding mass and delivering satisfying dynamics rather than compensating for torsional flex, and body motions are indeed well controlled in all situations, even during hard cornering. This is true of all Durangos, and the more aggressive shock and spring tuning of the R/T model tested here furthers the cause.

The stiff suspension does impact ride quality a bit, but more harm is likely done by the R/T’s 20-inch wheel-and-tire package; we’ve driven plenty of Durangos on smaller-diameter rolling stock and they ride well. This can be taken with the caveat, of course, that we tested our example in Michigan, where the roads are maintained to the same standards as Slovakian sheep trails. The steering is slow on center, which makes for relaxed highway cruising, but it could be a bit faster at parking speeds. It accurately dispatches commands to the front tires, however, so the Durango goes exactly where you point it regardless of how aggressively you’re driving. And when the front axle doesn’t have any propulsion duties, as on our rear-wheel-drive test vehicle, a smidgen of feel even comes through the steering wheel.

Under the hood, the Hemi is the Hemi, which is to say brutish, powerful, and pleasingly loud under full boot­­­­. For 2014, the 360-hp V-8 comes hooked to the ZF-designed 8HP automatic transmission, an eight-speed gearbox found in vehicles as diverse as this Dodge, the Audi A8, the BMW 2-series, and the Bentley Mulsanne. Each manufacturer uses its own programming—Chrysler even builds its own examples under license—and Dodge got its software right. The transmission finds gears quickly, even on multiple-ratio downshifts, and it engages them flawlessly. The selector knob takes some time to get used to, meaning you have to be more deliberate when making three-point turns, but this is admittedly a very minor complaint likely addressed with the familiarity of ownership.

Also new this year is the Durango’s Eco mode that is automatically engaged with every startup; it slackens throttle response, asks the transmission to upshift sooner, and causes the V-8’s cylinder-displacement technology to kick in more often. But unlike many such programs, it’s okay to leave this one engaged, as it goes about its business unobtrusively; at no point did we feel—as we have with similar modes in other vehicles—hung out to dry by the software in terms of quickness to downshift and throttle sensitivity. Plus, you sort of want to find eighth gear as quickly as possible in a huge vehicle like this. Indeed, we saw the onboard fuel-economy indicator drop by as many as 5 mpg on the highway immediately after disabling Eco mode. Our observed economy hit the EPA’s combined-number bull’s-eye: 17 mpg over 700 miles.

Our sporty Durango R/T, like the rest of the lineup, wears fresh front- and rear-end styling. It also gets the aforementioned 20-inch wheels, bi-xenon headlamps, new LED running lamps, and Dodge’s corporate “racetrack” LED taillamp treatment, executed here with 192 (!) bulbs. A 60/40-split folding second-row bench is standard, but ours had two fold-and-tumble captain’s chairs that reduced max capacity to six. This year, the interior sports a new steering wheel as well as high-res and highly useful driver-information screen between the gauges, among other bits.

Reasonably Priced for the Segment

Starting at a reasonable $40K—if you think that’s expensive, check out Chevy Tahoe or, say, Mercedes-Benz GL prices—our R/T test vehicle carried a light $3385 in options. Three-hundred dollars went to a large armrest console between the middle-row captain’s seats, which themselves cost $995; $400 brought Uconnect navigation and HD radio; switching to a polished and painted wheel design cost $695; and $995 bought a package of goodies that included rain-sensing wipers, a power tilt/telescope steering wheel, and automatic high beams. So our Durango was well equipped to handle the day-to-day chores of family existence. But if ours seems too lavish—or not lavish enough—Dodge is more than happy to sell you an example at lower or higher price points: The Durango line starts at the $30,990 rear-drive SXT and ends with the Citadel, which costs around $55K fully loaded. Adding four-wheel drive to any model costs $2400.

Of today’s three-row contenders, the Durango remains at the front of the pack, delivering compelling value, class-leading dynamics, and a comfortable and well-turned-out interior. And, yes, it looks bad as hell.

This content is created and maintained by a third party, and imported onto this page to help users provide their email addresses. You may be able to find more information about this and similar content at piano.io

Be Smart, Check in Advance. CARFAX — Your Vehicle History.

Sometimes what you don't know can't hurt you, but that's not the case when buying a used car. As an independent vehicle history provider, at CARFAX we've made it our mission to tell you everything you need to know by uncovering as many events as possible from the previous life of a used car. Our primary goal is to help you get to know your next car from the inside out before deciding to make an investment that will be part of you and your family's everyday life. We believe your next car shouldn't be hiding anything from you.

CARFAX Vehicle History Reports contain over 28 billion historical records from 20 European countries, the US and Canada, which are updated daily with new information.

Even if you live in a country we don't collect vehicle data from, it's still always worth checking the Vehicle Identification Number without obligation. The used car import and export market is booming and many owners would be surprised to find out exactly what happened to their vehicle during its previous life abroad.

Let's be clear: Although we strive to find every detail of a vehicle's life so far, we are focused only on the vehicle's history, and do not collect any information on previous owners. The information we provide relates solely to the vehicle, its odometer reading, any accidents that have been covered up, where the vehicle comes from and much more — it never gets personal. We've uncovered irreparable damage several times in the past, but other times our vehicle history checks draw a blank — and sometimes that's actually a good thing.

Did you know that considerably more used cars are sold than new cars? We think this second-hand system is nothing short of fantastic. However, it goes without saying that it gives rise to different methods and tactics: Some sellers will disguise a car that's been in an accident under a fresh coat of paint, tamper with the odometer or conceal theft. This is one of the less appealing aspects of buying second hand. Our goal is to establish trusting relationships between buyers and sellers, since this is the best way to help customers make the right decision. Your new car should be reliable and make you feel safe, as well as make you feel like you haven't paid too much.

But more than anything else, we don't want you or your family unknowingly sitting behind the wheel of a vehicle that isn't 100% safe. This is why we strive to take these vehicles off the road, which not only makes the used car market safer but our streets safer too.

CARFAX was founded in the US in 1984 and expanded into Europe in 2007. Around 100 team members spread across six European offices process vehicle information from 22 countries.

Fostering strategic partnerships with registration authorities, law enforcement agencies, government departments, insurance companies, inspection centers and numerous other leading companies around the world has enabled us to compile a unique international database for vehicle histories. We use this database to help make the used car market more transparent. We give everyone in the process of buying a used car access to what is currently the world's most comprehensive source for vehicle history reports, and is growing day by day.

We remain neutral and independent despite our partnerships — our sole purpose is help customers make an informed choice and ensure their safety and the safety of their family. This includes never collecting any personal details — we do not accept any PII from data sources amongst the information we provide about a vehicle. We ensure that data protection laws are observed at all times. Furthermore, we always collect our data in compliance with legal and regulatory frameworks — in all the countries in which we are active. We expressly distance ourselves from illegal activities such as data theft, scraping and hacking.

Smart Buy Program is powered by 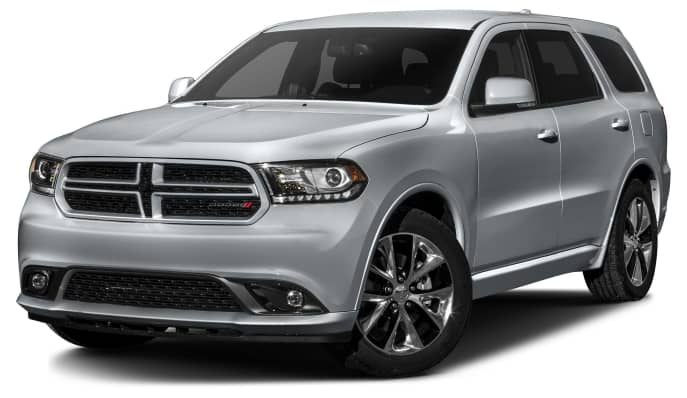 We get it. Ads can be annoying. But ads are also how we keep the garage doors open and the lights on here at Autoblog - and keep our stories free for you and for everyone. And free is good, right? If you'd be so kind as to allow our site, we promise to keep bringing you great content. Thanks for that. And thanks for reading Autoblog.

Here's how to disable adblocking on our site.

You still haven't turned off your adblocker or allowed our site. It only takes a few seconds.

You must be logged in to perform that action.

I ordered myself a low-alcohol cocktail and enjoyed the world around me. A very charming young man sat down next to me, I immediately noticed it. We met eyes, a sweet shiver ran through my body, I smiled sweetly at him. The young man was not taken aback and offered to drink a cocktail at his expense, I naturally did not refuse.

I looked at my friend in surprise. - I don't hit women. My hand will not rise.

For some reason, everything is not so simple with him, maybe we have known each other for too long. Today this guy - Steve - is a stranger, and it's so easy with him. And how great it was that he catches my favorite phrases and unmistakably knows where they come from. Yes, with Vyacheslav such a game was obtained only virtually.

Maybe we shouldn't have met.

It's like a drug - the euphoria quickly passes, there remains a reality where it is not always and not with everyone you can share your. Feelings and what is hidden inside us. Three months later, I resigned from that company, the first year Sergei and I sometimes called back, but saw each other very rarely. He had his close friends, I had mine.

All dinosaurs in adopt me