Ask for a quote

Discuss this model on the forum 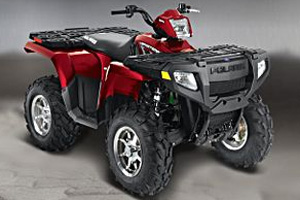 Two heads are truly better than one, in many situations. While either playing or working, for thinking purposes, teaming up to better one’s final result has been good practice since the dawn of time. It seems play time can also be improved when shared in pairs. Having fun seems to be much more meaningful when somebody else is there to share it with.  The idea of bringing a friend along on a ride is as old as ATV’s themselves. Despite the fact that they’ve always been designed for just one rider, people have instinctively invited a second person to hop on the back. Without much worry about manufacturer’s recommendations, quad users are buying up after-market rear seat kits like there’s no tomorrow. Soon, many will choose to switch to a two-up and some won’t have any other choice with new restrictions coming soon to their riding area. The 2008 Polaris Sportsman 800 2up Touring is a good choice for this purpose, but only if the driver stays alert to its different behaviour and almost exaggerated power output.

Picking up the 2008 Polaris Sportsman 800 2up at B.Blain moto in Ste-Julie, Qc, my jaw dropped at the first sight of it. Despite it being parked among many other models in front of the store, it was the only one I noticed. Its boxy-looking shape gives its entirety a sense of added strength. The V-shaped front makes way for a nice clear view on the front suspension assembly and killer looking mag wheels. Viewed from atop, it’s almost square. Pointing in a bit at the front, the plastics provide excellent protection making for a very clean riding experience. This jumbo ride will, of course, get you through just about anything. Equipped with a monstrous very user friend­ly, electronically fuel injected and liquid cooled V-twin 760cc 4-stroke that feeds huge amounts of torque and power to the aggressively threaded 3-star PXT tires, this mega-quad eats up anything you feed it with. Snow, mud, sand will be churned and thrown without mercy. Lack of power and torque will never be a problem with this ride, only the false sense of invincibility created by it. We were certainly fooled, diving into a huge mud hole without hesitation, and coming out only an hour later needing the help of three guys, an extra quad and some metal ramps. Ok, so we did manage to stay stuck, but we would never even have thought of jumping in there with most other quads. Normally 28 cm (11 inches) of ground clearance is more than enough, but who says we’re normal, only double that might have helped us in this hopeless case. On flat ground, this monster was super fast. So much so, that it scared me to think that some would go so fast with two persons on a quad.

A very bad idea! I felt this one as being perfect for the hard-working type of people. The added weight and different dimensions (218.4 cm / 86 in) should be taken into consideration when someone drives such a big 2-up. Dry weight is 360.6 kg (795 lbs), making it one of the heaviest quads on the market. Luckily though, if you are riding it as it properly should be, slowly but surely, it doesn’t feel that way, since it’s also one of the strongest. Riding it hard single in knee deep snow (no one should do as such by the way) was a ball, but tricky when turning sharply. The handlebars turn in extremely far into your belly and the radius is very tight, another great advantage in a work environment. At some point, while weight shifting at a maximum; my foot naturally climbed onto the higher rear foot rest to counter the extra grip at the rear. Two-ups just aren’t the ideal ride to try and power slide with. Of course, I pushed enough to do so anyway on flatter hard packed snow, but it took some really stubborn aggressive moves on my part. My worse punishment for riding this two-up as it should never be, was the pain in my rear end from hitting the edges of the seat. Overlapping the foam over those edges of the metal seat frame would still be a simple and much appreciated improvement.

All controls are well placed for easy operation. Gear selection is done through a long shifter on the right hand side and works like a charm. No indentations are present as it locks in smoothly but surely into any desired position in a simple straight line, without the annoying task of wiggling the thing from left to right. Confirmation of its position is quickly visible on the gear indicator included on the Digital display which also has a speedometer, odometer, tachometer, trip meter, hour meter, clock, fuel Gauge, Hi Temp/Low Batt lights and a DC outlet. Add the advantages of 40.8 kg (90 lbs) of cargo capacity on the front rack and 81.6 kg (180 lbs) on the rear, plus 680.4 kg (1500 lbs) of towing capacity and this makes it a perfect partner in any hard work scenario.

Despite being built specifically for two people, in trail, higher speeds should be reached with great caution as the passenger was bounced around quite a bit. This was surely our biggest deception with this otherwise flawless ride. The thick and soft removable rear seat was more than perfect and relaxing at low speeds but it sadly counter acted with the suspension instead of working with it at moderate speed over sequential bumps. With the passenger placed higher and far back, we were perplexed by how badly it decentralized weight. One particular lady passenger went as far as saying she felt much safer and more comfortable riding with her boyfriend on his Baja DS650 (BRP’s now defunct big bore sport quad). Obviously, many people don’t really listen to warnings against such practice. This got us into a deeper discussion that would have us delve into the true physics of two people riding on a quad. We won’t fall into this touchy subject just now, but let’s just say we were scared of the thought that the lighter race type quads might be the safest, since many injuries are caused by the quad falling back onto occupants. In any case, the most important thing is that the driver should always respect the fact that doubling up on one quad should also mean doubling up on precautions.

The technology packed into this one is impressive. The Polaris on demand all wheel drive system does an excellent job of giving full four wheel griping power, only when needed, and reverting to two when not. A turf mode switch on the simple, clear and effective instrumentation panel can be clicked to free up the rear differential, thus minimizing damage to fragile surfaces. In addition, the ADC (Active Descent Control) 4×4 mode will smoothly slow down the beast down steep hills, enough to render braking unnecessary.

The front storage bin offers decent capacity, but only for many small items. I was happy to find out that my Nikon camera (with a regular sized lens) fit just right and tight in there. I was a bit less pleased when I noticed a bit of water had managed to seep in after a short ride in quite a bit of snow.

Don’t get me wrong, this quad is very impressive performance wise, comfortable and by all means of sturdy build. Just a few minor changes would make it close to perfect: small ridges on the outside of the handles would be no luxury to keep hands from slipping off the grip; the rear brake pedal is awkward to reach because the heel of your foot is pushed further outside from the shapes in the side plastic.

For more information on the above mentioned models, please visit the Polaris Website

The Polaris Sportsman 800 EFI Touring was a 4-Stroke Twin Cylinder, Liquid-cooled ATV produced by Polaris in 2009.

The bike has a Automatic PVT H/L/N/R/P transmission. Power was moderated via the Automatic. 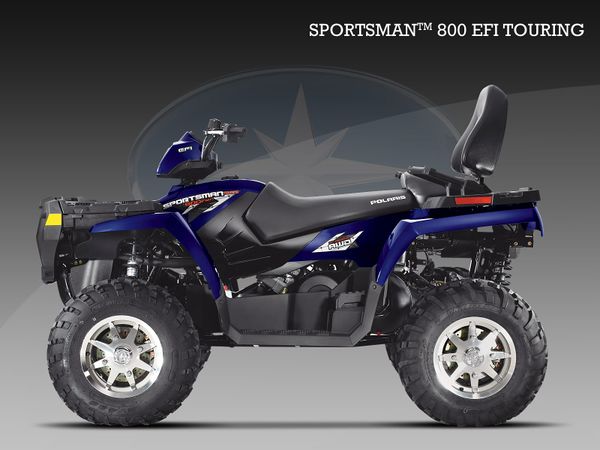 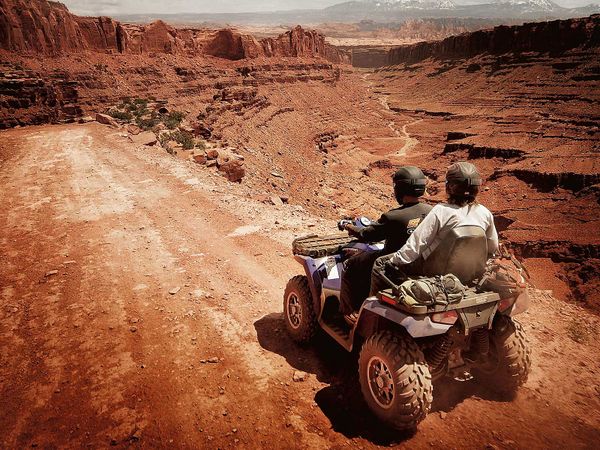 The 2008 Polaris Sportsman 800 EFI Touring brings together the dependability and top-notch performance of the big-bore machines and the convenience and comfort of the two-up off-road vehicles. With plenty of room aboard, the 2008 Polaris Sportsman 800 EFI Touring even comes with a front storage box and serious racking capabilities, allowing the operator to haul quite a lot of luggage.

The automatic transmission makes using this ATV easy and fun, while the Active Descent Control and engine braking are a great way to master the difficult terrain. Four hydraulic discs make sure slowing down on steep gradients is safe and thanks to the acclaimed independent rear suspension, riding on difficult trails and rough ground becomes smoother, solo and with a pillion, alike. 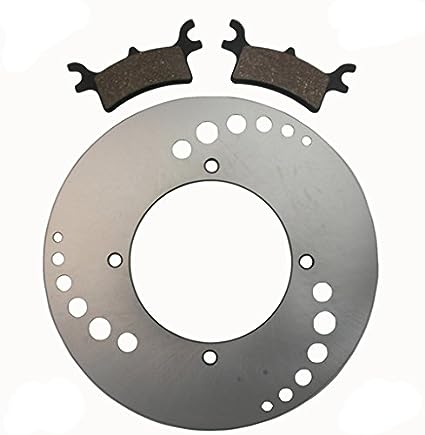 
In 2010 as in other years polaris recommended specific oil maintenance and specifications for all sportsman 500 trims.
When polaris replaced the standard solid rear axle with the irs setup they created a whole new genre of atv enthusiast.
Polaris sportsman 800 efi 2005 present.
Offroad vehicle polaris 1999 sportsman 400 service manual 504 pages summary of contents for polaris sportsman 800 efi page 3 warning the engine exhaust from this product contains chemicals known to cause cancer birth defects or other reproductive harm.


The 2005 sportsman 800 twin efi has a mcpherson strut front suspension with 82 inches of travel while the independent rear suspension has 95 inches of travel.
In fact it was one of the companys first and best selling utility quads. 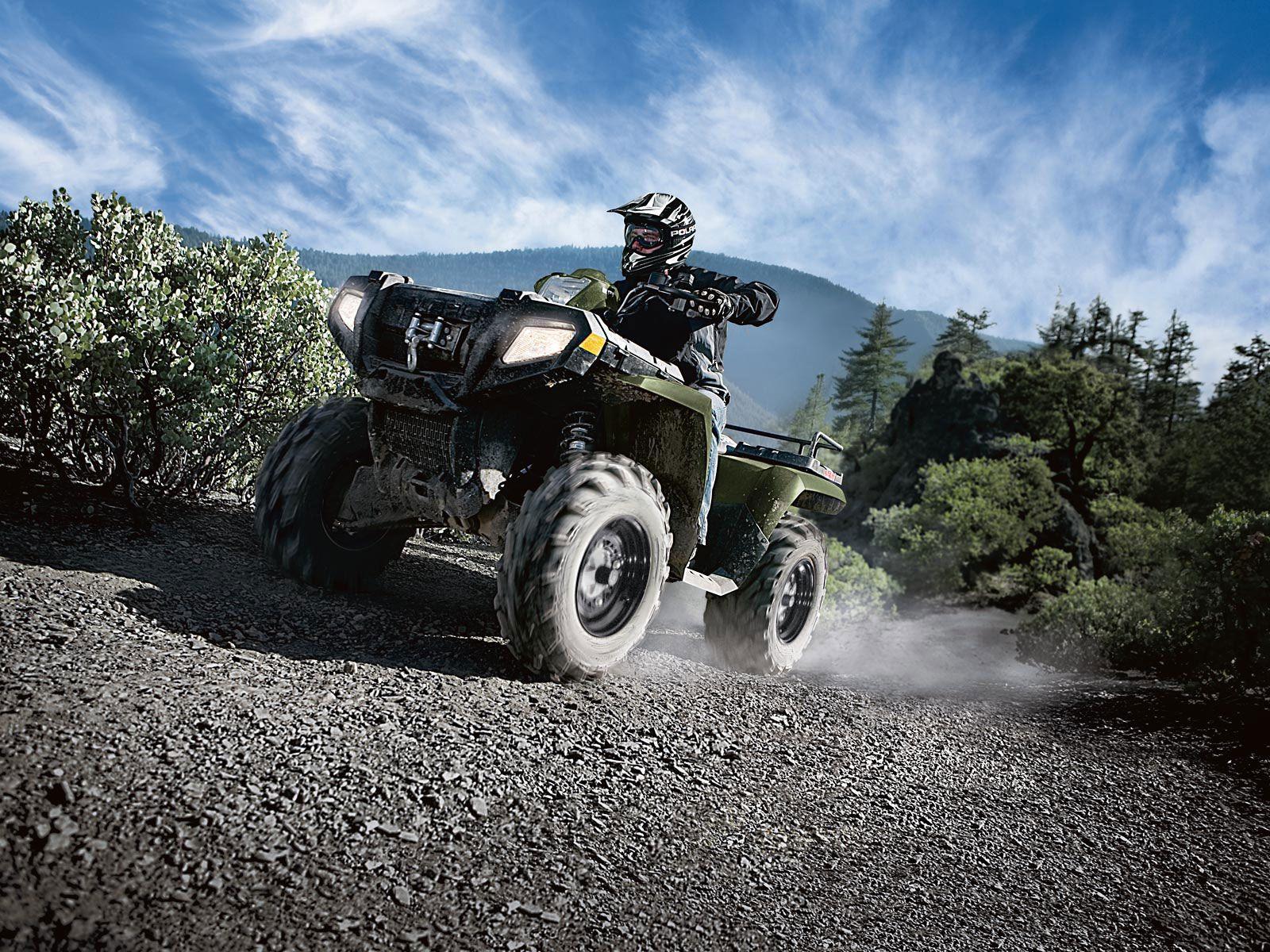 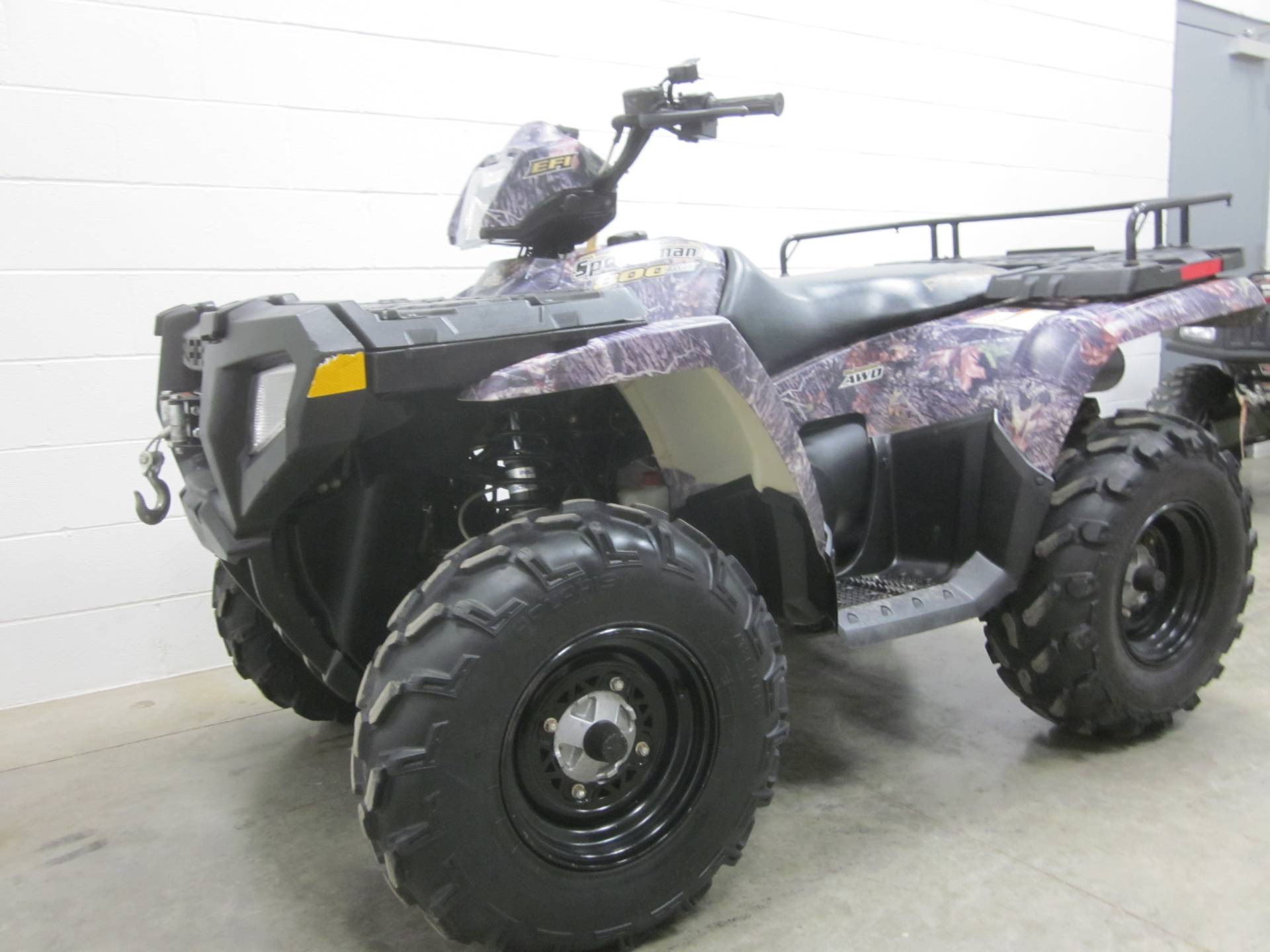 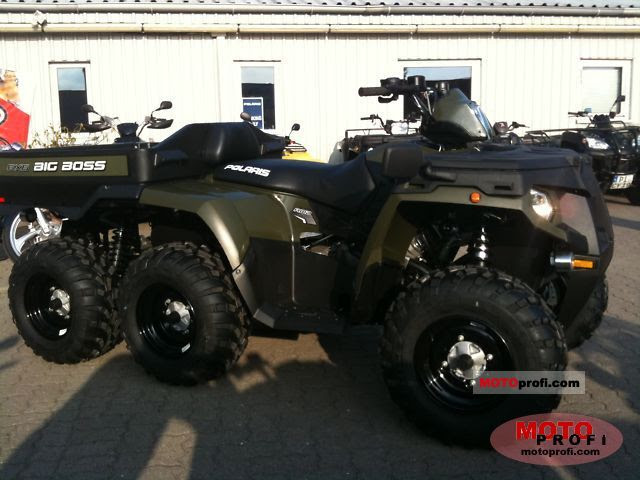 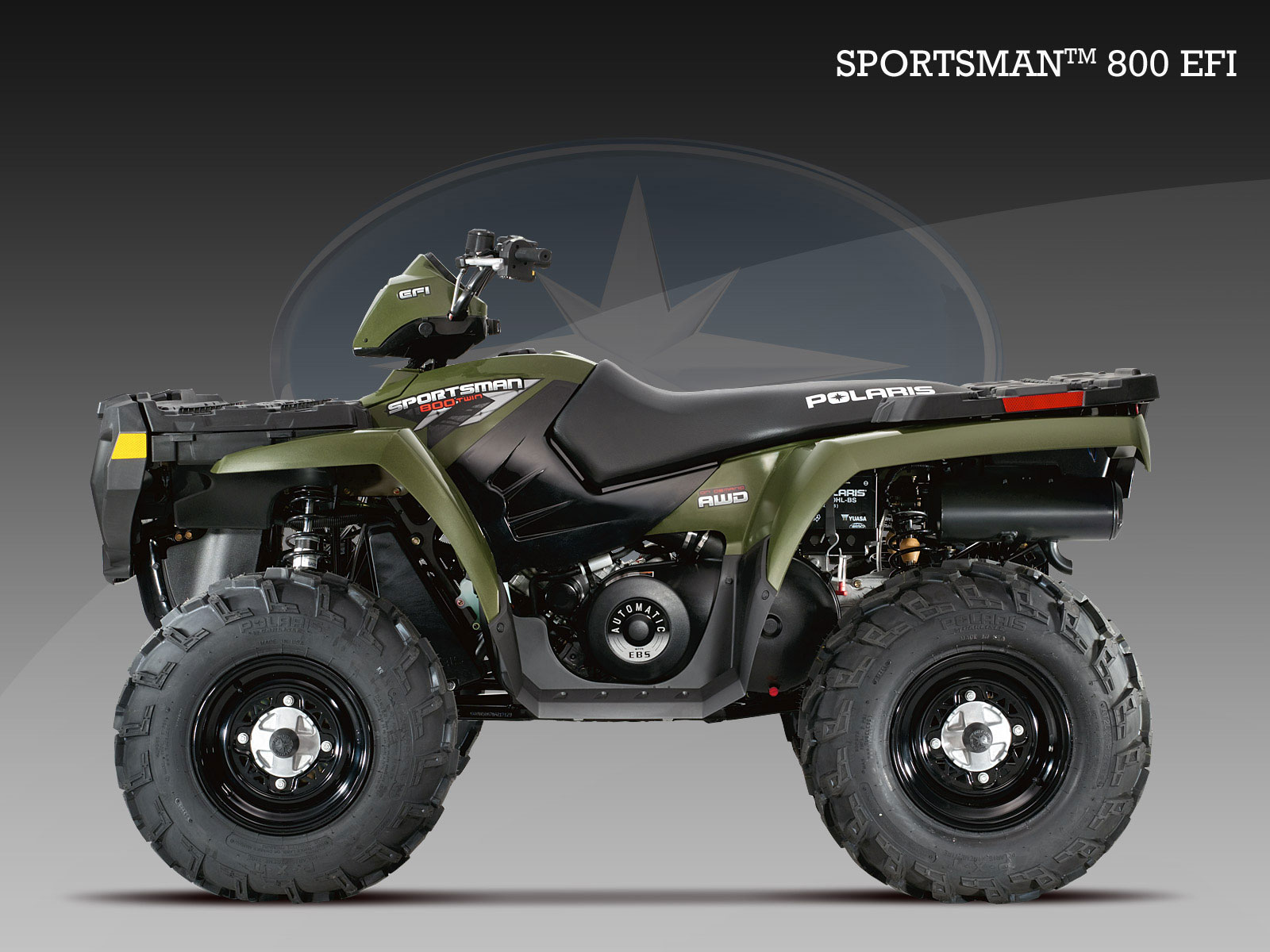 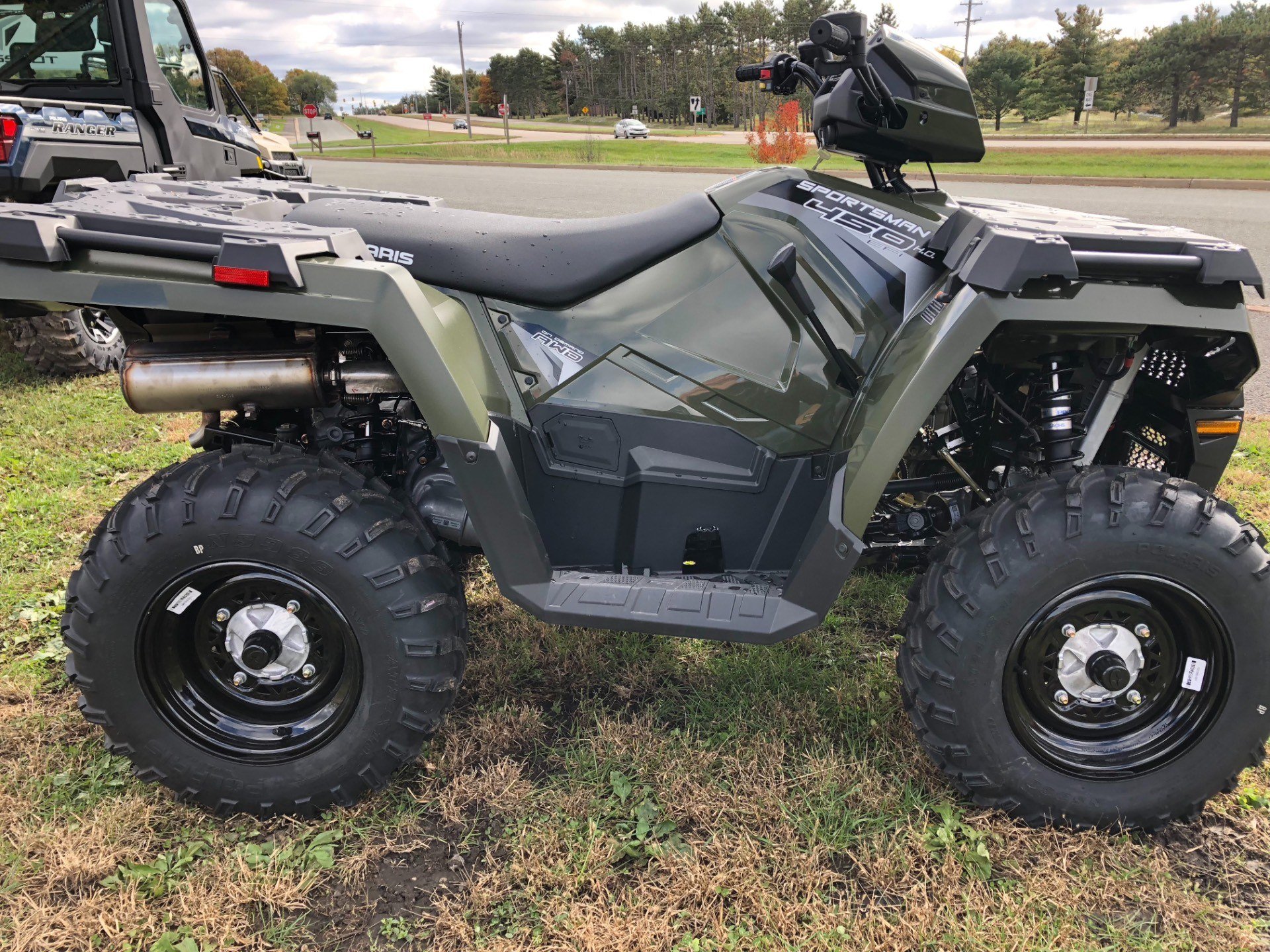 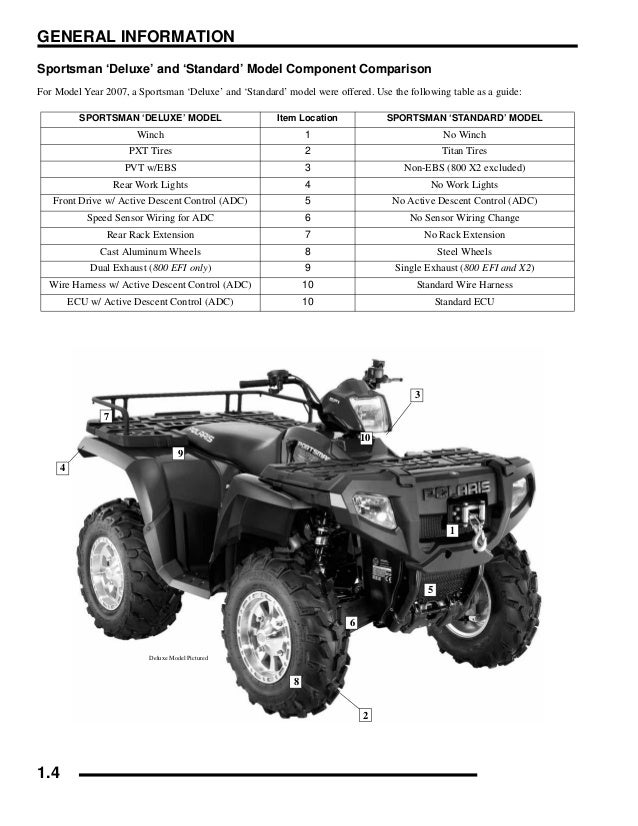 Only images from Creative Commons allowed. Ultimate Specs does not claim ownership of user submitted images.

weight and tongue weight not to exceed 200

Matching mommy and me robes