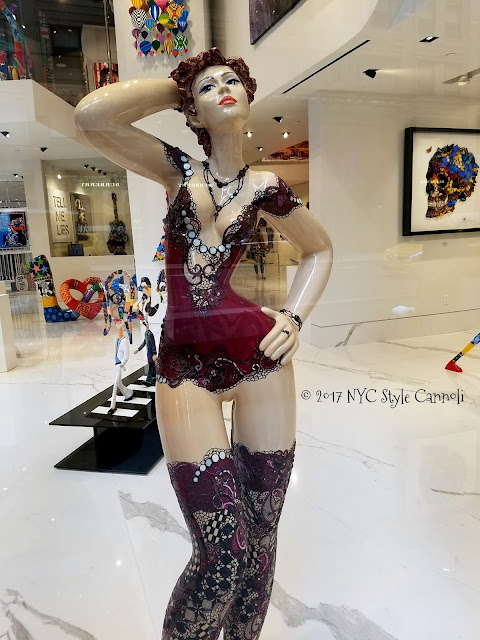 I always like to stop in Eden Art Gallery on Madison Avenue. It is near where my bus picks up so I am in that area often. Their gallery on Madison also recently when through a big renovation and it looks amazing. This is a really wonderful gallery filled with pop & modern art. 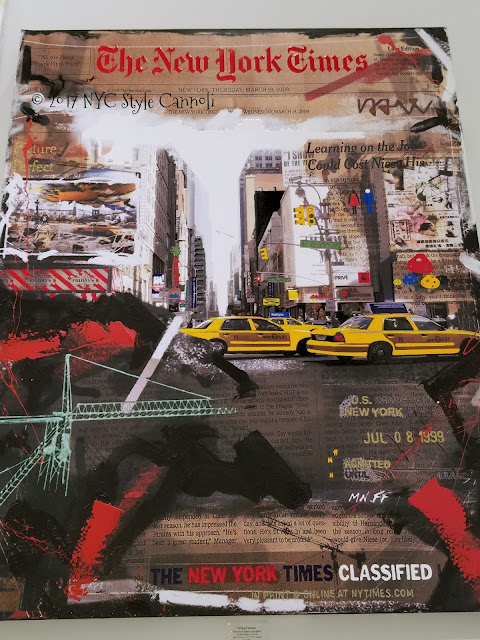 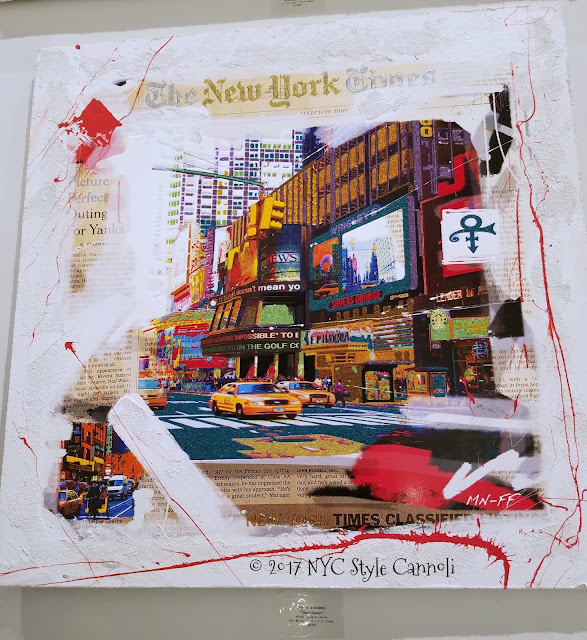 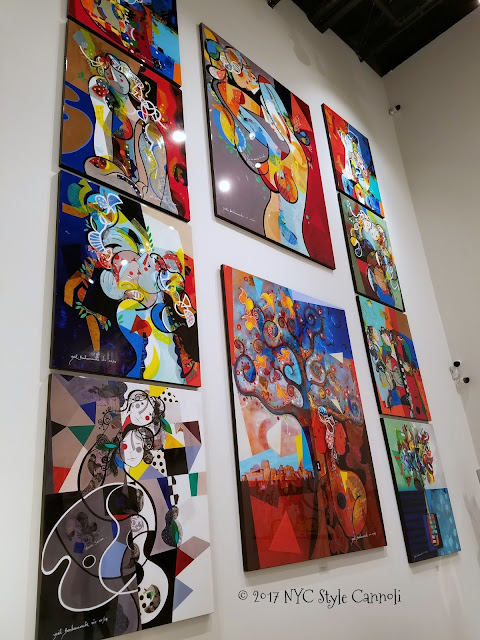 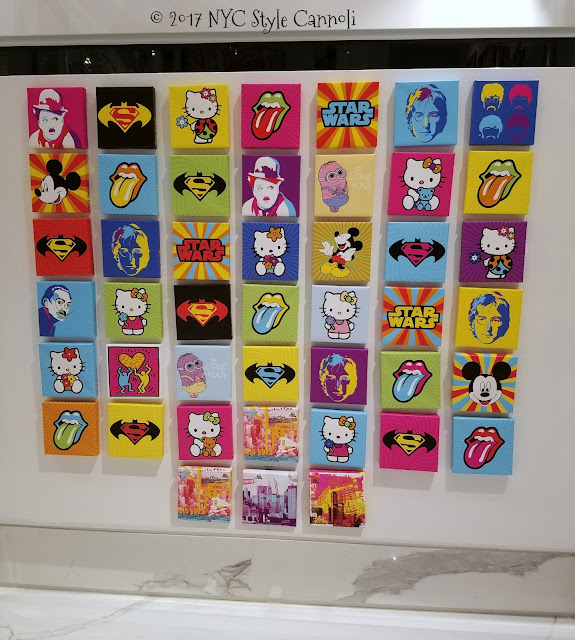 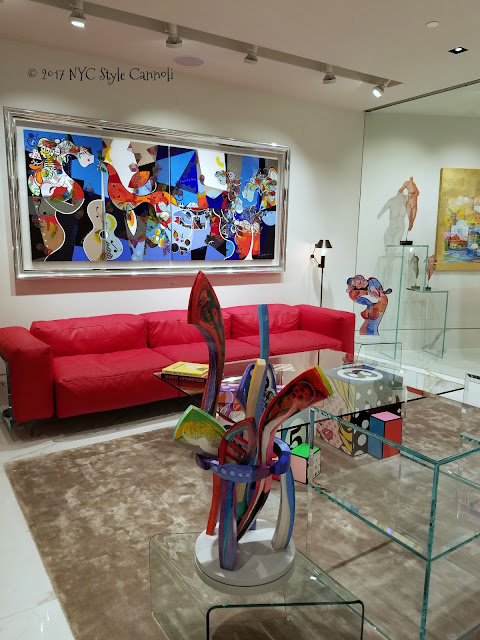 This is part of their new gallery design, and I really liked it. A great way to chill out and enjoy the amazing art all around you! 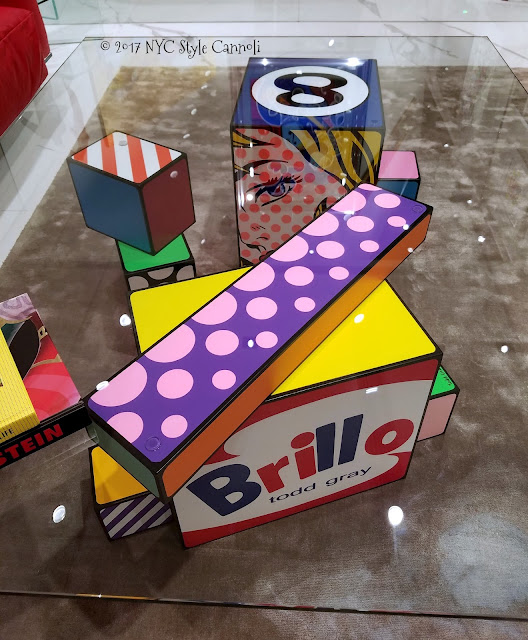 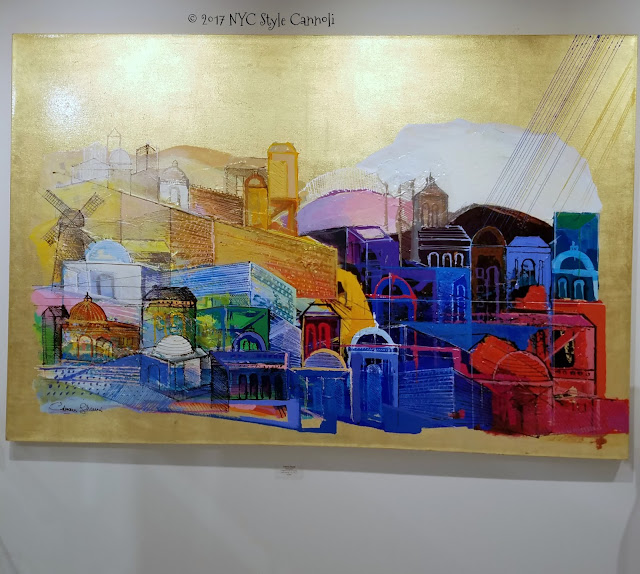 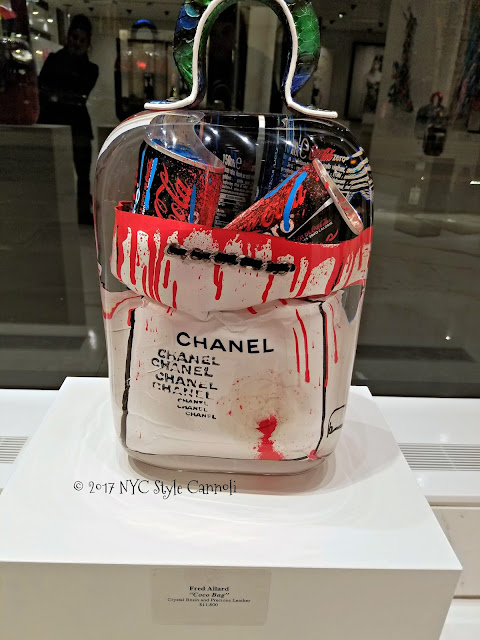 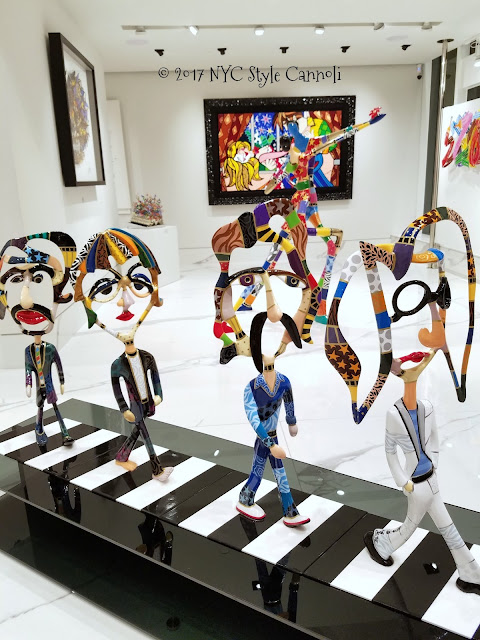 You never know what you will find when you enter this awesome gallery! 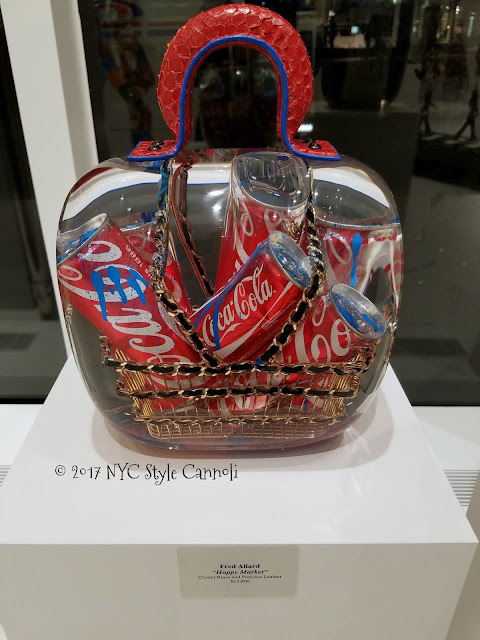 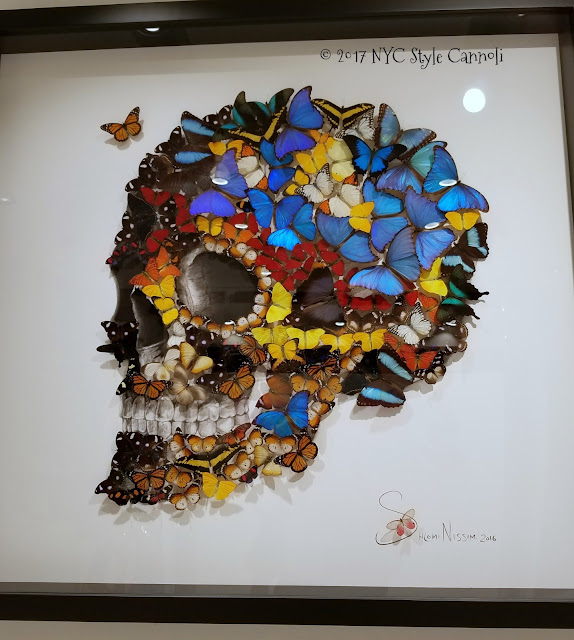 Eden Fine Art, owned by Cathia Klimovsky, has accomplished much since its inception in 1998 and has since launched five galleries in prime and sought after locations, such as the exclusive and two modern flagship galleries in Manhattan - on Madison Avenue and on Soho's Broome St.
Eden galleries feature a modern, dynamic, open space, which allows its artists and visitors the full and unique experience of the art collection.

To be assured not miss a post, sign up for each one to be emailed to you HERE. Be sure to check for your Feedburner confirmation email, or your subscription will not be processed. Your email is not sold or shared with anyone. Thank you so much for visiting!

Would be thrilled if you gave me a follow here:

What are you looking for?

New York City curates a large art world, ranging from large and accomplished museums like the Metropolitan Museum of Art, to small artist-owned galleries tucked away in neighborhoods like Bushwick or Tribeca. Eden’s Fine Art is somewhere in between—an international sponsor that shelters leading artists around the world in various locations across the globe, like Tel Aviv, Jerusalem, San Francisco, and two in New York. New York’s Eden Fine Art Gallery boasts a mix between colorful street and modern pop art, wonderfully curated in two of the most popular neighborhoods in the city.

Eden Fine Art started out in 1997 in Jerusalem by Cathia Klimovsky, the gallery’s founder. Today, the art representative company is all over the world, selecting from thousands of artist applicants based on how their work fits in with Eden Fine Art’s concept. Many artists’ work are displayed in each gallery, and the pieces can be bought by visitors of the gallery. The art is very expensive, however, and averages in the four figures price. Eden Fine Art caught my eye because of the way it displayed it work. The first one I visited was the Soho gallery. Tucked away in one of the less busy streets of the bustling shopping district, the gallery was located on the corner of Broome Street and Green Street. The Soho gallery is one of the largest art galleries in Manhattan, with 25,000 sq ft. distributed among 4 floors. With large windows surrounding the first floor, you can look in and see a burst of colors all over the walls. Walking inside, you immediately notice the stark contrast between the white walls and the multitude of light and fun pieces littered all over the gallery. Everything looks new and clean—it is the newest Eden Fine Art gallery opened. In the middle of the floor, one of artist Dorit Levinstein’s pieces are displayed—a multi-colored sculpture of two adults and a child. The back of the first floor featured a backlit wall and was filled with little squares of art showcased. The upper floors are usually roped off, and you have to ask one of the art representatives on the floor to show you the other floors if you are interested in buying a piece. The Soho location is a beautifully curated location filled with art perfect for the artsy and youthful neighborhood it is located in. The gallery located on Madison Ave. and E 49th St. is known to be Eden Fine Art’s first and official Manhattan location. This gallery housed a lot more art than the Soho locations—it’s two floors are constructed with the same white and modern aspect as the Soho gallery. The architecture of the gallery is unique, but seemingly perfect for the art is contains. My favorite part of this gallery was a part of the gallery sectioned off by glass walls. It consisted of two glass seats and a glass table (“Wumbus” by Todd Gray) facing several works of art (various pieces by Yoel Benharrouche) on the wall. Eden Fine Art curated the work of several artists in the form of a living room, an unconventional way to display art. The rest of the gallery takes you through twists and turns as you walk through in order to see every piece. Like the Soho gallery, the upper floors were roped-off and available for private viewing.

The Eden Fine Art galleries in New York reflect the contemporary style of art taking the 21st century by storm. A blend of colorful pop and street art represents the people and the culture of the city. While the art in these galleries are fun and intricately curated, the audience it attracts is mostly upper and upper-middle class families who are able to afford thousand dollar art pieces to decorate their homes. As a college student, these galleries provide an opportunity for me to view the art of leading international artists in a well-designed art space.

Eden Fine Art is a major International Art Gallery initiated in 1997 and owned by Cathia Klimovsky. The gallery’s exposure has expanded multi-continentally through the launch of over a dozen International galleries all over the world, with flagship locations in art meccas like SoHo and Midtown Manhattan in New York City, New Bond Street in London’s Mayfair district, and Collins Avenue in Miami Beach.

Eden Fine Art has international locations all over the world, including a 25,000 square ft., four-floor gallery in NYC’s SoHo, a thriving and expansive 10,000 square foot bi-level gallery located on the corner of Madison Avenue and 50th St., a four-floor gallery on New Bond St, in London’s Mayfair, and galleries in Miami, San Francisco, Jerusalem and Mykonos.

Eden has partnering galleries in many international locations including nine galleries in France, eight in Germany, four in Switzerland, four in Canada, two in Italy, two in Spain, and one in Belgium, America, South Korea, Singapore, and Malaysia. Eden Fine Art also collaborates with online galleries like Artsy and Artnet.

In January of 2018 Eden Fine Art moved their London gallery into Christie’s space on New Bond Street in the esteemed Mayfair district.

I swear I dont know anything about it, the old woman sobbed again, but I know where you can find out everything. - And where. - There is a book in the Queen's secret vault, you must take possession of it. It contains the will of Svartsha. Find the key and take possession of Svartshi's book, - the sorceress narrowed her eyes and added: - And then bring it to me, I will.

Deeply. She did not persist, gradually rising high until she began to lean on the floor with only her toes. There he used her exclusively for his own pleasure, so that she had to lean with the tips of her claws with strong jolts.